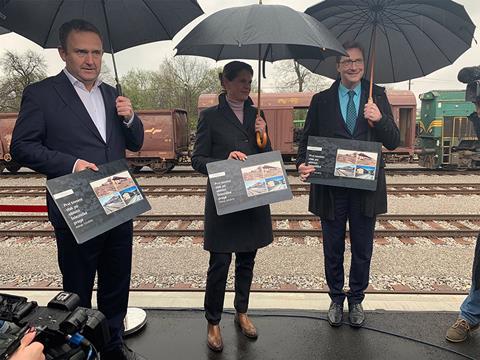 SLOVENIA: The 49 km Grosuplje – Kočevje line reopened to freight traffic on April 12, services having ceased in 2009. Work to eliminate 51 level crossings and install barriers and lights at 30 others is scheduled for completion in 2020, when passenger services withdrawn in 1967-70 are to be reintroduced.

The line is expected to attract significant commuter traffic, as 30% of the residents of Ribnica and 14% of those in Kočevje work in Ljubljana.

The €99·7 m cost of rehabilitating the line was funded from the national budget. The work has increased the axleload from 16 tonnes to 22·5 tonnes, and raised the maximum speed, which had been as low as 20 km/h when services ceased. Signalling and telecoms have also been modernised.