TME3 shunter on show in Berlin 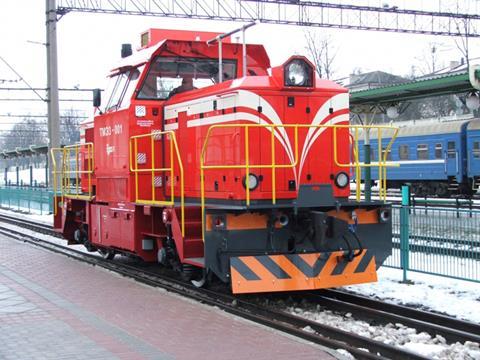 CZ LOKO: A TME3 diesel shunting locomotive developed by Czech manufacturer CZ Loko based on its Effishunter design and assembled at Belarus Railways’ Lida workshops will be exhibited for the first time at InnoTrans 2014.

Belarus Railways placed a €20m order for 20 of the 1 520 mm gauge TME3 locomotives in October 2012. This forms part of a programme to renew its fleet with vehicles meeting modern safety and environmental standards while being cheaper to operate and maintain.

There are currently eight TME3 locomotives in service in Belarus, with the remaining 12 to be completed by the end of 2015.