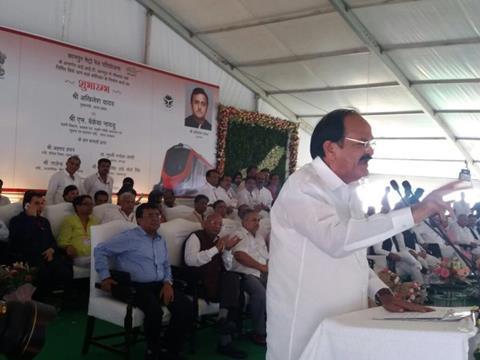 Line 1 would link IIT Kanpur in the northwest and Naubasta in the south, with 20 intermediate stations; 15·2 km would be elevated and 8·6 km underground. The 9 km section between IIT Kanpur and Moti Jheel is to be built first.

The north-south Line 2 would run for 8·6 km between Chandra Shekher Azad University and Jaurali with nine stations. Both lines are to be operated with four-car trainsets.