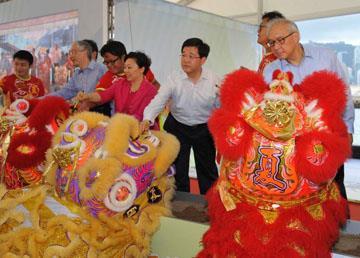 The Hong Kong government's Chief Secretary for Administration Stephen Lam Sui-lung officiated at the ceremony, saying SCL would 'enhance the entire railway network by linking up several existing railway lines'. Six of the 10 SCL stations will be interchanges.

The 6 km second phase from Hung Hom to Admiralty is to be completed in 2020, with East Rail services being extended under the harbour to Hong Kong Island.