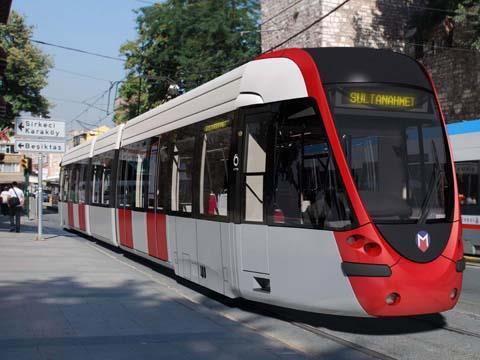 TURKEY: The Mayor of Istanbul attended a ceremony on February 3 marking the entry into service of the first 14 of 37 Citadis trams being supplied by Alstom Transport. The remainder will enter traffic in the coming weeks.

The €73m contract for the trams was awarded by operator Istanbul Ulasim in September 2007, acting on behalf of Istanbul Metropolitan Municipality. The new cars are being used to provide a completely low-floor fleet on route T1 from Zeytinburnu to Kabatas, and are replacing high-floor cars on T2 from Zeytinburnu to Bagcilar. They operate in coupled pairs, carrying up to 500 passengers per set.