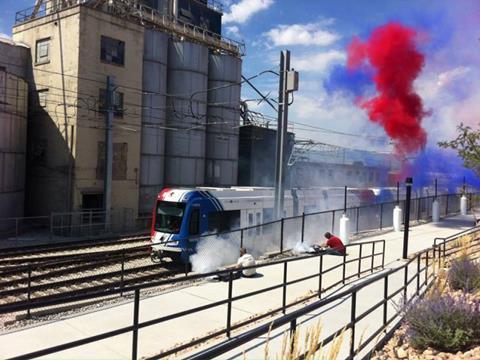 The three-stop extension runs south from Sandy Civic Center, enabling through services from the fast-growing suburb of Draper to central Salt Lake City.

Speaking at the inauguration ceremony, Transportation Secretary Anthony Foxx praised the extension: ‘What you’ve done here is an example to the country of what transit can do to transform a community.’

The FrontLines 2015 project has been completed two years ahead of schedule and $300m under budget.