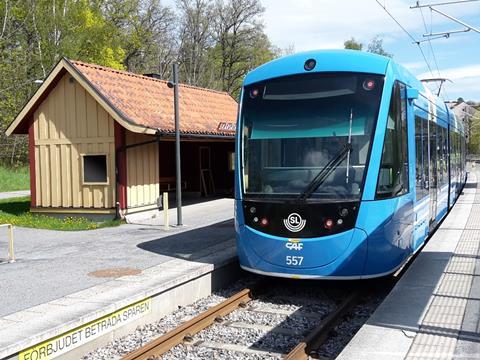 The bidirectional low-floor trams from CAF’s Urbos family will have a maximum speed of 90 km/h and will be winterised to operate in temperatures as low as -40ºC.

In late 2010 SL placed an order with CAF for 15 trams with an option for up to 121 more. SL subsequently exercised an option for seven more trams, followed by another for eight more.