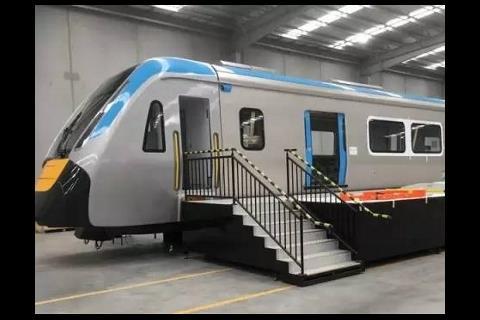 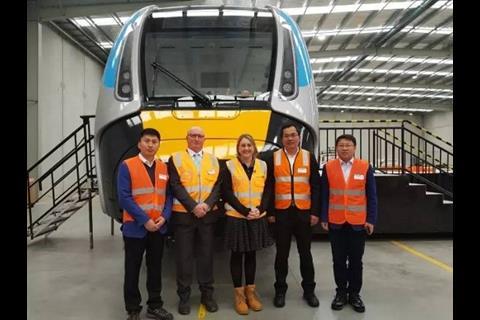 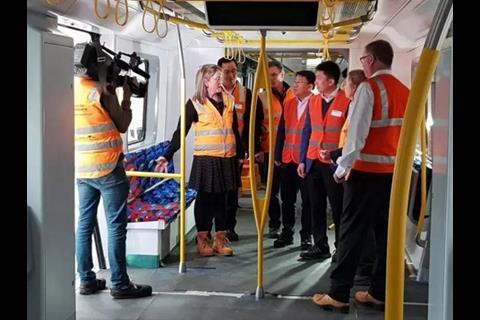 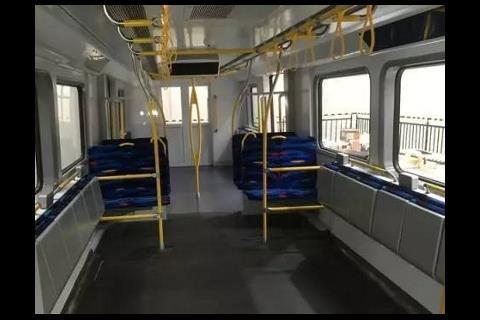 AUSTRALIA: Evolution Rail has presented to Victoria Minister for Public Transport Jacinta Allen a 39 m long mock-up of the electrical multiple-unit cars that it is supplying to operate Melbourne’s suburban network.

Last year the Evolution Rail consortium of Plenary, CRRC Changchun Railway Vehicles and Downer Group was awarded a PPP contract to supply 65 EMUs for use on the 1 600 mm gauge network from mid-2019. It will maintain them for 30 years at depots to be built in Pakenham East and Calder Park. The first trainsets are expected to enter service in mid-2019.

The EMUs are based on CRRC’s Type A design and are being built at Downer’s Newport facility in western Melbourne. They will have capacity for 1 380 passengers, compared with 900 on the current rolling stock used by operator Metro Trains Melbourne.