Sheffield tram-train fleet taken out of service for inspection 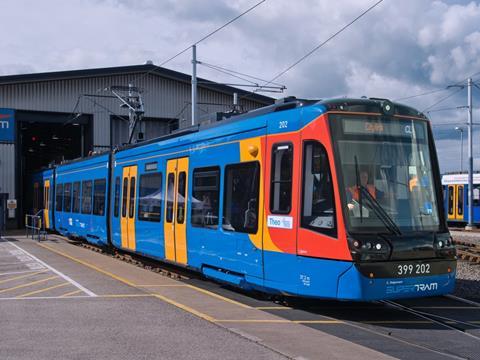 UK: Stagecoach Supertram tram train services between Sheffield and Rotherham were suspended on December 13, after manufacturer Stadler advised the operator that the seven Citylink tram-tram vehicles needed to be taken out of service for inspection. This followed what Supertram described as a ‘tram engineering issue‘.

Earlier in the day the operator and Network Rail said there had been problems with power being lost during freezing temperatures, but they hoped that adustments to the overhead electrifcation equipment would solve this.

On December 16, Stadler told Metro Report International it had ‘thoroughly checked the entire fleet over the weekend‘, and had confirmed that four vehicles were fit to operate.

‘We are continuing to run preventive inspections and maintenance operations on the remaining three, in order to get them up and running as soon as possible’, a spokesperson said

Supertram said it was working with Stadler to try and resume a service of two tram-trains each way per hour from December 17.