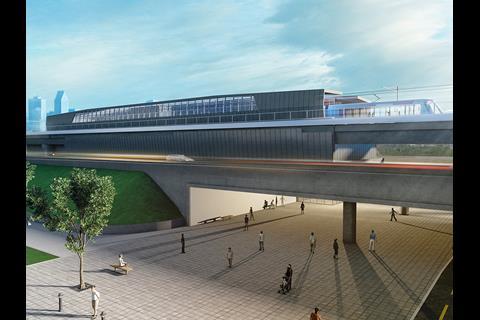 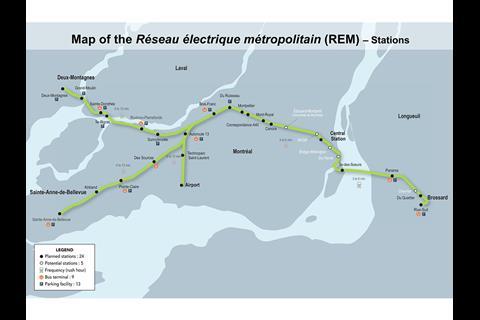 CANADA: CDPQ Infra announced on August 24 that it had reached agreement with CN over the acquisition of land and structures for the proposed Réseau Électrique Métropolitain automated metro project.

CDPQ Infra is a subsidiary of public pension and insurance investor Caisse de dépôt et placement du Québec that was established to study infrastructure projects suggested by the provincial government. In April it announced proposals for the 67 km REM linking the south shore suburbs, the city centre, the airport, Sainte-Anne-de-Bellevue and Deux-Montagnes. It is envisaged that construction could begin in spring 2017, with the first trains in service towards the end of 2020.

Under the agreement, CDPQ Infra will acquire the Viaduc du Sud from CN, along with CN’s rail infrastructure between Bridge and Saint-Antoine streets in central Montréal, along with other land. The alignment will also give REM direct access to Central Station, and rights to run under CN’s tracks in the Pointe-Saint-Charles area. Other services using the Viaduc du Sud — including passenger trains currently operated by AMT, Amtrak and VIA Rail — would not be affected, according to CDPQ Infra.

CDPQ Infra President & Chief Executive Officer Macky Tall said that the agreement ‘crystalizes the vision we had for the REM, that of a unified system, integrated into the urban fabric’. He added that ‘we are truly grateful for CN’s collaboration in helping us find solutions, particularly in facilitating the REM’s access to Central Station, the network hub.’