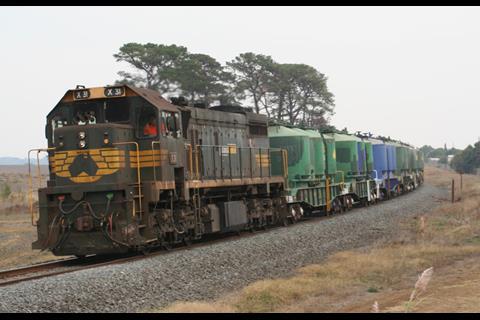 AUSTRALIA: Civil works are expected to begin in the second half of 2016 to convert the freight lines linking Geelong with the Murray Basin from 1 600 mm gauge to 1 435 mm gauge under a A$416m programme being led by the Victoria state government.

The Murray Basin Rail Project envisages gauge conversion of the lines between Geelong and Mildura, Manangatang, Sea Lake and Murrayville, as well as reopening of the mothballed standard gauge line between Ararat and Maryborough. Infrastructure renewals and enhancements are also planned, including work to increase axleloads to 21 tonnes.

The Victoria government has committed A$220m to the project in its 2015-16 budget and has called on the federal government to contribute to accelerate the delivery of the programme. As well as improving access to export markets for agricultural produce from the Murray Basin, the project is also intended to enhance interstate rail corridors serving New South Wales and South Australia.

‘This project, once completed, will fully connect one of Australia’s major economic areas into the national rail and logistics network’, said Phil Allan, Acting Chief Operating Officer of the Australasian Railway Association. ‘It will allow greater efficiency and higher loadings for existing intermodal and grain trains and attract new traffic to rail.’