ÖBB coach tender back on track 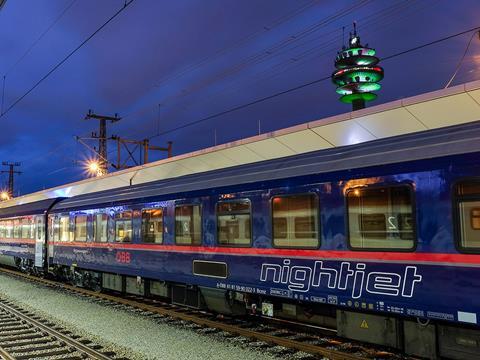 AUSTRIA: Tendering for a fleet of coaches for daytime and overnight inter-city services for national operator ÖBB is to resume following withdrawal of an objection by Siemens. The company had complained in August about changes to the specification for a framework contract that included an initial tranche of 200 km/h coaches for eight daytime and 13 overnight trainsets. The coaches are needed to replace existing EuroCity stock that will not meet updated fire safety regulations in Italy that will apply after 2021.

An oral hearing planned for 10.00 on October 4 by the Federal Administrative Court (Bundesverwaltungsgericht) was cancelled as the complaint had been withdrawn two days earlier. Local media reported that compromises had been reached on the technical issues at stake, with both Siemens and Bombardier still contenders for the contract.

Bombardier is understood to have proposed sourcing bodyshell components from its Chinese joint venture partner CRRC. Whether both parties will submit binding offers remains unclear, but an ÖBB spokesman told Der Standard it was confident that the bidding process would be completed by the end of the year.