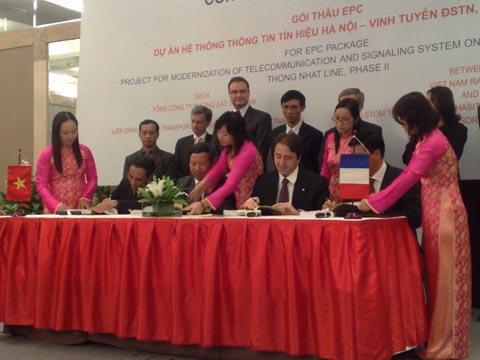 VIETNAM: On December 5 state railway DSVN signed a €38·3m contract with Alstom Transport for the modernisation of signalling at 34 stations on the 319 km Hanoi - Vinh line by the second quarter of 2012.