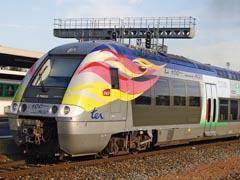 FRANCE: Infrastructure manager RFF confirmed on December 2 that the four consortia prequalified for the 15-year concession to fund and install GSM-R communications equipment on the national network had submitted their final bids to meet the published deadline.

The first PPP concession to be awarded for work on the French rail network is valued at around €1bn. It covers the financing, construction, operation and maintenance of GSM-R on around 14 000 route-km of trunk lines, and follow on from the 2 000 route-km in eastern France which RFF is equipping from its own resources as the first phase of the national roll-out.

According to RFF the contract value is split approximately 50:50 between the installation phase and the operations and maintenance element.

The four consortia submitted their initial proposals in December 2007, and this was followed by a period of negotiations earlier this year. RFF issued its final invitation to tender in July, and had originally requested bids by October 14. The deadline was subsequently put back by six weeks because of the global financial situation.

Announcing the bids, RFF said that despite the financial crisis, almost 20 organisations had judged its project sufficiently attractive to continue with bidding process. 'We are very satisfied that the competition could continue without interruption', commented RFF's Project Director, GSM-R, Gabriel du Plessis.

The four consortia are:

The four bids will now be assessed in order to select a preferred bidder, who will then be 'invited to proceed to financial close'. Subject to the publication of a 'décret en conseil', RFF hopes to conclude the concession by the summer of 2009.