Maintenance in a changing market 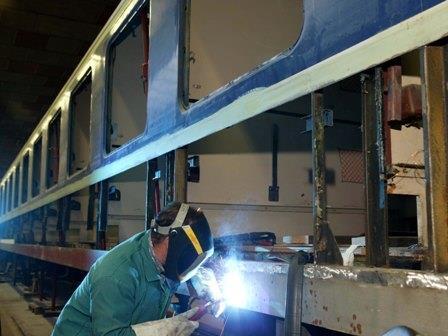 INNOTRANS: SNCF launched its Masteris brand on the international market in Berlin on September 22. Masteris has been created partly in response to the opening up of the European rail market, as open access operators – especially freight operators – have a growing need for third-party maintenance services.

Currently employing 15 members of staff, Masteris will be ‘the exclusive distributor of SNCF’s traction and rolling stock expertise in France and other European countries’, the company says. SNCF established Masteris in its domestic market a year ago to provide a tailored and flexible maintenance, spares sourcing and refurbishment service to all operators on a non-discriminatory basis.

Although the Masteris brand has been formally unveiled at InnoTrans, the business has already secured several contracts outside France, including servicing agreements covering Alstom BB 37000 Prima locomotives operated by ITL and Wincanton in Germany. Masteris has also set up a partnership with Vossloh to maintain G1000 locomotives used by Captrain Italia. When Masteris cannot draw on SNCF experience to service a particular traction type, such as EMD’s Class 66, further partnerships would be created with manufacturers to ‘add value for the customer’.

Masteris recorded a turnover of approximately €10m in its first year, and SNCF intends to treble this by 2012.

‘The traditional structure of an incumbent railway is not sufficiently agile to respond to customers’ needs in the market’, explained Masteris Chairman and SNCF Director of Rolling Stock Alain Bullot. ‘We have the power of SNCF allied with the simplicity of a start-up.’