Ouigo to link centres of Paris and Lyon from June 2020 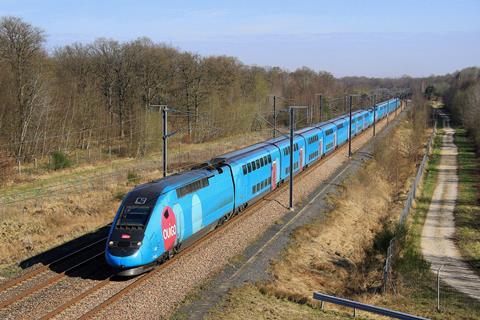 From June 1 there will be three Ouigo trains a day in each direction between Paris Gare de Lyon and Lyon Perrache, with trains also calling at Lyon Part-Dieu. Southbound services will leave at 06.26, 12.30 and 18.35 with a journey time of 1 h 56 min to Part-Dieu and 2 h 9 min to Perrache. Return workings will depart Perrache at 09.17, 15.35 and 21.21. Reservations will open in March for fares starting at €16 per journey.

SNCF also announced additional Ouigo services in 2020 from Paris Gare de Lyon to and from Nîmes-Pont du Gard and Montpellier-Sud de France, the station on the Nîmes – Montpellier high speed bypass, and to Nîmes and Montpellier Saint-Roch, the city centre station.