Things are going to get better

SUSTAINABILITY: The world is starting to understand the challenge of climate change, and the public transport sector is demonstrating that it can help to change people's perceptions about the impact of their mobility choices, believes Heather Allen. 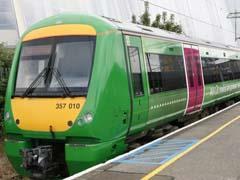 It is five years since UITP launched its Sustainable Development Charter, at its 2003 World Congress in Madrid. And in those five years we have experienced the power of nature, from the tsunami in western Asia to Hurricane Katrina, an unprecedented heat wave in Europe in 2003, and more recently the devastating floods in Burma.

There have been more and more indications that climate change is influencing the frequency and intensity of natural catastrophes. Scientists generally agree that human activity is contributing to climate change. Former US Vice-President Al Gore has been awarded a Nobel Prize for his campaigning on climate change, and even President Bush ?has recognised publicly that the USA must reduce its dependence on imported fossil fuels.

This growing awareness means that deep-rooted change is on the way. The key issue is not whether we have proof of anthropogenic climate change, but what strategies we should follow to mitigate and adapt to it, and more importantly to a future that will require major changes in our travel habits. There is now some level of acceptance that our present patterns of mobility will have to shift fundamentally towards more sustainable systems. The full effect of whole-hearted adoption of our present model in fast-growing economies such as Brazil, China and India is as yet unknown. But the signals from the inter­national community to invest in robust urban transport networks are simply not there, although Asia is one of the few regions building high-capacity railways.

Chinks of light are appearing. The concept of carbon taxes is being introduced, notably in British Columbia, along with emissions trading schemes. These will help us to get a better appreciation of the true cost of our present mobility behaviour, as it is now quite apparent that by not paying a fair price we end up with a huge global cost in environmental terms.

Emissions of CO2 by the transport sector are growing, despite all the improvements in vehicle efficiency and other mitigation policies. Yet sustainable transport could be within our grasp just by using today’s technologies more cleverly.

Take energy use. Our choice of energy strongly affects transport’s carbon footprint, but the way electricity is generated is beyond the control of most transport operators. I can envisage the emergence of innovative partnerships, leveraging the buying power of even modest networks.

Calgary Transit’s Ride the Wind strategy was a pioneer, with its decision to use only wind-generated electricity to power its light rail network; the extra cost of C$0·5 per ticket was strongly endorsed by local voters. And as well as the direct environmental advantage, the operator’s 25-year fixed-price contract enabled the power company to build its wind farm earlier so others could also benefit.

A unit of energy saved through behavioural change rather than fuel efficiency improvements or new technology is usually worth more, as it also brings a host of related 'co-benefits’.

Take another example. A daily rail commute of 45 km plus 5 km on public transport in the Ile-de-France region costs around €50 for a monthly pass. This is significantly less than the cost of travelling 2 500 km by car at today’s fuel prices. Taking the train offers a net economic saving, plus a reduction in carbon footprint, especially if the trains are powered by clean electricity as is the case in Paris. Co-benefits include better health, thanks to more walking, cleaner air, less traffic congestion, an improved urban landscape, more social contact and so on.

In fact, the benefits cover all three pillars of sustainable development - economic, social and environmental, but as a society we are not yet good enough yet at quantifying and monetising them. Of course, the comparison only works if there is a decent public transport alternative, with comparable journey times and levels of comfort and convenience.

UITP’s Charter is intended to recognise the efforts being made by the association’s members and encourage the public transport sector to take full responsibility for ensuring that its own act is as clean as possible.. It has also brought new partnerships from outside the transport sector to raise awareness of the link between public transport and climate change. The challenges are huge but so is the potential. Public transport - and rail in particular - will have a major role to play.

Heather Allen is Senior Manager, Sustainable Development, at the International Association of Public Transport (UITP), responsible for international advocacy and outreach. This article is the author’s personal opinion, and does not reflect the official position of UITP.