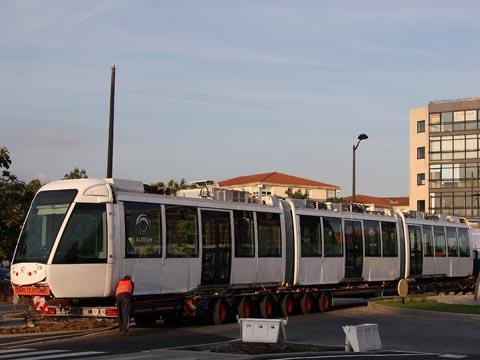 FRANCE: Following the completion of tests at Petite-Forêt, Alstom sent the prototype for the next generation of Citadis trams from its Valenciennes plant to the Wegberg-Wildenrath test centre in Germany on September 1.

Designated X04, the prototype is being used to test developments including new bogies, permanent magnet synchronous traction motors and other improvements to the traction equipment.

The modular concept of the Citadis family has been taken further with aesthetic and well as technical options available to suit the customer's requirements.

The X-04 is intended mainly for Central and Eastern European markets, and 30 Citadis X-04 trams are currently being produced for Istanbul at the Konstal factory at Chorzów in Poland.