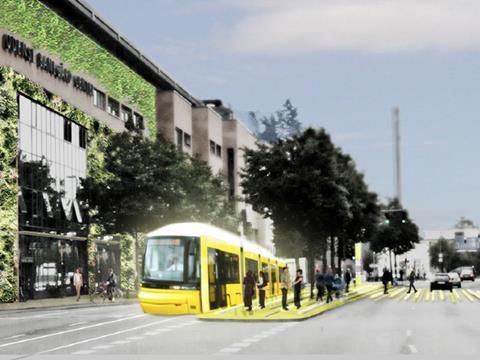 DENMARK: In the budget agreement for 2014 the government has agreed to fund DKr1·1bn of the first stage of the Odense light rail project. Odense city council is to provide DKr600m for operation-related costs, including the rolling stock and a control centre, and the Syddanmark region is funding the rest of the DKr2·4bn capital cost.

The 14·7 km first phase would connect Tarup in the north with Hjallelese in the south via Odense Banegård Central and Syddansk Universitet. It is expected to carry between 10 million and 11 million passengers per year.

A second phase is planned to connect Vollsmose in the north with the zoo in the south, adding 6·3 km and sharing the central section of the first stage, creating an H-shaped network.