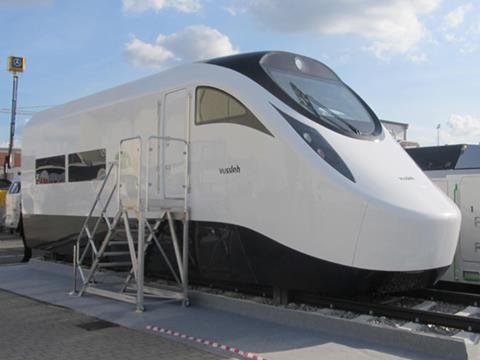 INNOTRANS: Vossloh Rail Vehicles displayed a mock-up of the front end of a 'Desert Hawk' passenger locomotive concept which it has developed in response to recent and expected future calls for tenders in the Middle East, including a reported joint venture with CAF for Saudi Arabia.

The proposed locomotive would essentially be a single-cab version of the Euro family of locomotives which Vossloh has developed for Europe, but modified to cope with high temperatures and dust.

The locomotive would not carry passengers, but the cosmetic streamlined casing would feature 'windows' designed to blend in with the coaches of a push-pull trainset.