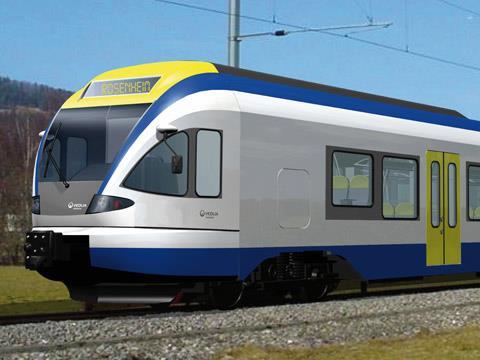 GERMANY: Stadler Pankow announced its largest ever rolling stock contract on March 7, a €200m order to supply Veolia Verkehr with 35 Flirt electric multiple-units for the E-Netz Rosenheim network in Bayern.

The seven three-car and 28 six-car 160 km/h units will enter service from December 2013, operating on regional routes which Veolia Verkehr will take over a year earlier under a 12-year contract awarded by Bayerische Eisenbahngesellschaft.

'This contract supports our expansion plans in the region,' said Michael Daum, director of the Berlin-based subsidiary of Swiss rolling stock group Stadler. 'We are delighted with our first order from Veolia Verkehr Regio GmbH and the confidence they have placed in us.'