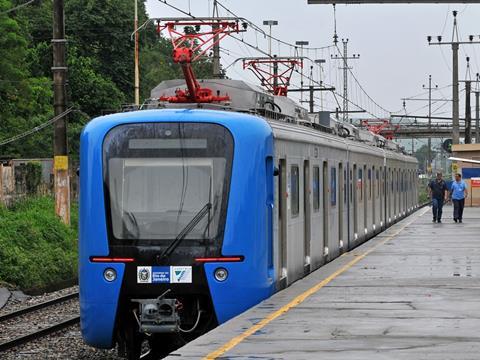 BRAZIL: A consortium of Mitsui and West Japan Railway has purchased a majority stake in Rio de Janeiro suburban operator SuperVia, at a reported cost of around ¥20bn.

The Japanese trading group had previously held a 24% stake in the concessionaire, through its stake in SuperVia parent Odebrecht Mobilidad. It has been in talks since November 2018 about taking over the failing operator, which had R$1·5bn of debts to local banks including the national development bank BNDES. Heads of terms were agreed in February, and approved by competition regulator CADE in March. Under the deal, Mitsui’s local subsidiary Gumi increased its stake in SuperVia to 88·7%, with Odebrecht retaining the remaining 11·3%.

According to Mitsui, this is the first time a Japanese group has taken a controlling stake in an overseas railway. The company has now brought in JR West to provide the necessary operating expertise and help turn the declining business around. Ridership on the 213 km five-line network is reported to have declined from around 1 million passengers/day in the early 2000s to less than 600 000 last year as a result of poor performance.

‘We will introduce our know-how and stabilise the business’, explained Yasushi Shimizu, General Manager of Mitsui’s Transport Projects division.

The Japanese partners expect to spend around ¥3bn a year on revitalising the network, including the installation of a new signalling system to improve performance and allow the operation of more frequent services at shorter headways. Infrastructure maintenance will also be stepped up, and the power supply network modernised.

The Rio suburban network comprises four 1 600 mm gauge routes totalling 164 km which are electrified at 3 kV DC and a single diesel-operated metre gauge line. SuperVia operates a fleet of around 500 EMU cars, including two builds of four-car EMUs supplied by CRRC Changchun in 2009-16, which are fitted with Toshiba traction equipment, and 10 eight-car Alstom Metropolis EMUs.