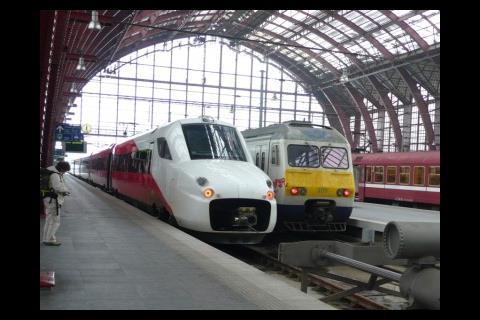 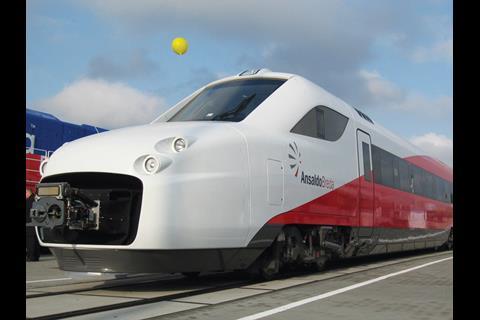 EUROPE: Belgian train operator SNCB announced on May 31 that it had decided to cancel its contract with AnsaldoBreda for the trouble-prone V250 'Albatros' high speed trainsets and seek full reimbursement of the €37m it has paid so far. It may also decide to sue for damages.

SNCB had originally agreed to buy three 250 km/h trainsets alongside the 16 ordered by NS Hispeed to operate Fyra International cross-border services between Amsterdam and Brussels, as well as domestic high speed services in the Netherlands using HSL-Zuid. When the units were ordered in May 2004, they had been expected to be delivered during 2007. In the event, the first sets did not begin to carry passengers in Belgium until December 9 2012, and services were suspended on January 17 following technical and reliability problems.

On January 24 SNCB gave AnsaldoBreda three months to troubleshoot the various problems. Meanwhile, the operator brought in French consultancy Concept Risk to look at the technical issues with the V250 design, and jointly with NS appointed Mott MacDonald to report into the commissioning of both the SNCB trainsets and the nine sets delivered to NS Hispeed at a cost of around €180m.

SNCB Chief Executive Marc Descheemaecker said on May 31 that these reviews had identified 'fundamental gaps and deficiencies, in terms of reliability and safety in design and production', along with 'substandard production management'. Amongst a catalogue of defects, he revealed problems with doors falling off, water leakage, roof elements breaking away, underfloor damage from snow and flying ballast, and a series of electrical fires caused by problems with the batteries.

Mott MacDonald had found 'a surprising level of corrosion' on both bodyshells and wheelsets, as well as ‘poor and haphazard’ cable routing, pipework and cable retention methods, which 'would not be expected from a competent international rolling stock manufacturer'. The consultants also felt that 'the vehicle end structure (up to and below coupler level) is not robust and is flawed in many aspects of its design', to the extent that 'it is not considered to be suitable for long term operations.'

Descheemaecker said the problems raised questions over the acceptance and quality management process. Mott MacDonald had reported that the manufacturing quality 'varies between trainsets, with the same area being well finished on one set and poorly on another.' The consultants pointed to a 'disconnect' between the end product and the associated paperwork, which showed that 'the final build quality is complete and of good quality'.

The consultants concluded the trains would require extensive modifications, and in some cases partial redesign, which 'would require significant additional investment and lead to further delays', of at least 17 months. They also raised concerns over the financial strength of AnsaldoBreda's parent group Finmeccanica, which could impact on the availability of spares and maintenance support in the longer term. As a result, Descheemaecker said, the SNCB board had decided to invoke a clause in the contract providing for cancellation if the delivery of the trains had been delayed by more than nine consecutive months.

Suggesting that the decision was 'baffling', AnsaldoBreda said it had heard the news with 'dismay and disappointment', given that it had not received any official communication from SNCB before the announcement. 'The analysis conducted so far and the efforts undertaken by AnsaldoBreda did not portend this decision, which is in contrast with the results of the copious meetings at various levels', the company insisted, adding that it would ‘protect our interests and our image’.

NS Hispeed is continuing to review its position and expects to reach a decision by mid-June. However, NS Chief Executive Bert van Meerstadt announced on June 2 that he would be stepping down with effect from October 1.

To cover for the loss of the cross-border Fyra trains, SNCB said the interim Brussels - Den Haag service via Roosendaal introduced in February would be stepped up from eight to 10 trains a day as soon as possible, and to 12 per day with the December 2013 timetable change. To serve passengers using the high speed line, SNCB has asked Thalys to step up its Brussels – Amsterdam service to 12 trains/day from December, and wants Eurostar to introduce two daily London – Brussels - Amsterdam services with effect from December 2016.