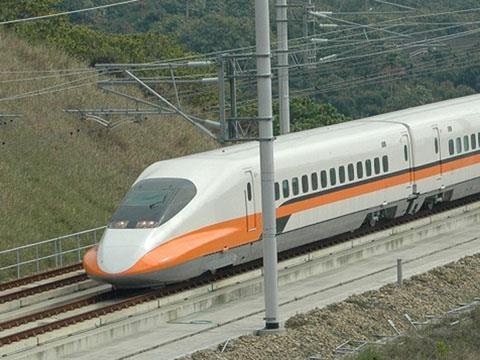 The 12-car trains designed for 300 km/h operation are scheduled to be delivered between December 2012 and November 2015. They will enable THSRC to increase service frequencies to meet rising demand and accommodate traffic expected from a 5·7 km extension to Nangang station in Taipei which is scheduled to open in 2015.

Announcing the contract on May 24, KHI saifdit would be responsible for design of the aluminium car bodyshells and bogies, while Toshiba will provide 25 kV 60 Hz electrical equipment and on-board systems including air-conditioning, and communications.