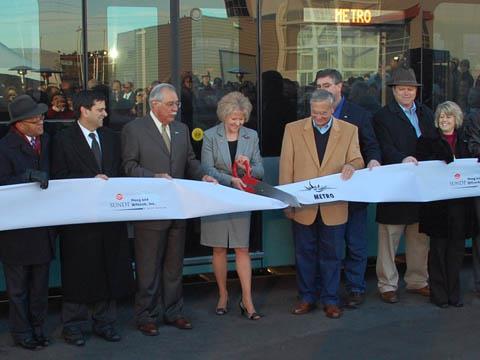 USA: An estimated 150 000 free trips were taken during first two days of public service on the $1·4bn Metro light rail starter line in Phoenix. Despite cold weather, heavy crowds and long queues throughout the weekend of December 27-28, there were no operational problems along the 32·6 km route serving Phoenix, Mesa and Tempe.

US Secretary of Transportation Mary E Peters cut a ribbon to mark the launch of services. Civic celebrations were held at several of the 28 line's stations, with free rides until fare collection began on January 1.

Construction of the line had begun in February 2005 after about a decade of planning. Development is underway on six extensions totaling 60 km, with completion planned by 2025.