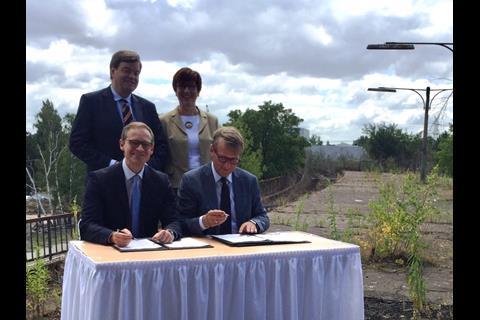 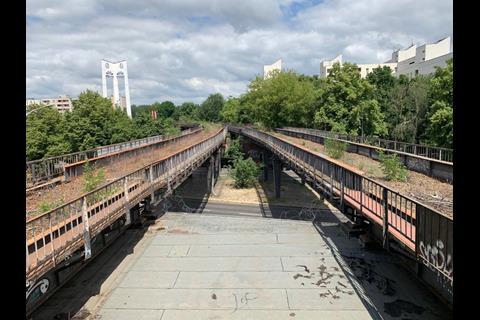 GERMANY: The long-disused S-Bahn branch to the Berlin suburb of Siemensstadt and Gartenfeld is set to be reactivated following the signing of an agreement between Deutsche Bahn’s Board Member for Infrastructure Ronald Pofalla and the city’s Mayor Michael Müller on July 28 to fund the necessary planning studies at an estimated cost of €2·3m.

The 4·5 km branch diverging from the S-Bahn ring at Jungfernheide and running northwest towards the former industrial area in the Spandau district was opened in 1929, but closed in 1980. The viaduct carrying the line over the River Spree was subsequently demolished during a federally-funded upgrading of the waterway, and a 150 m section of viaduct at Wernerweg also needs replacing. However, the stations at Wernerwerk and Siemensstadt remain largely intact.

The decision to reactivate the line follows an announcement by Siemens last November that it planned to invest €600m redeveloping the 70 ha site as a new manufacturing, research and residential district. ‘Siemensstadt 2.0’ is intended to house start-up incubators and research institutes as well as their partner companies, which Siemens anticipates will ‘strengthen selected key technologies and innovation fields in collaboration with the scientific and business communities’.

The city hopes that S-Bahn trains could be running to Siemenstadt again by 2025. Reinstatement is expected to cost ‘in the three-figure millions’ of euros, pending the development of detailed costings.The study will also look at the scope for reactivating the northern section of the former branch beyond Gartenfeld to Hakenfelde.