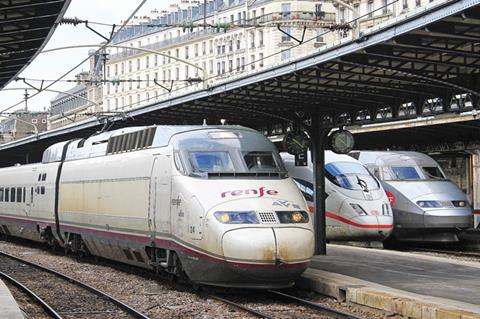 EUROPE: The European Commission has proposed designating 2021 as the European Year of Rail.

Subject to the proposal being adopted by the European Parliament and the Council, a series of events would promote rail as a sustainable, innovative and safe mode of transport, highlighting its benefits for people, the economy and the climate and focusing on the remaining challenges to creating a Single European Rail Area without borders.

‘There’s no doubt that railway transport means huge benefits in most areas: sustainability, safety, even speed, once it is organised and engineered according to 21st century principles’, said Commissioner for Transport Adina Vălean on March 4. ‘But there’s also something more profound about railways: they connect the EU together not only in physical terms. Setting up a coherent and functional network across all Europe is an exercise in political cohesion. The European Year of Rail is not a random event. It comes at an appropriate time, when the EU needs this kind of collective undertaking.’

The Commission said 2021 had been chosen as it would be the first full year when the rules agreed under the Fourth Railway Package will be implemented throughout the EU. It also marks the 20th anniversary of the first Railway Package, the 175th anniversary of the first rail link between what are now EU capitals (Paris and Brussels), as well as 40 years of TGV and 30 years of ICE. The Europalia arts festival had also chosen railways as its 2021 theme.

The proposal was supported by supply industry association UNIFE. ‘Rail connects people, regions and businesses all across the EU’, said General Director Philippe Citroën. ‘Moreover, it is proof of European engineering expertise and part of our European heritage and culture.’

Libor Lochman, Executive Director of the Community of European Railway & Infrastructure Companies, said ‘this will be the perfect occasion to showcase rail’s unbeatable advantages when it comes to modernising and greening Europe’s mobility sector.’