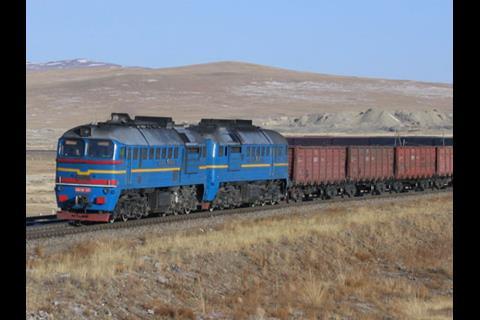 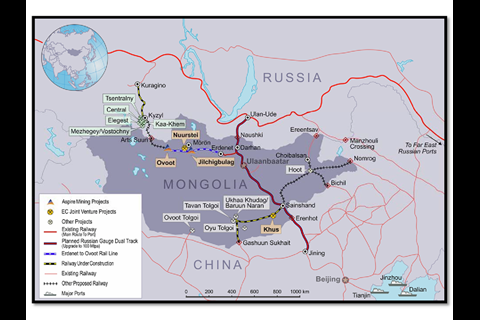 MONGOLIA: Parliament approved the government’s national rail policy on October 24. This sets out plans for the expansion of the network, and grants the government powers to call tenders and negotiate a build-operate-transfer concession for the planned Northern Rail Line.

The 1 520 mm gauge multi-user mixed traffic Northern Rail Line would run for 547 km from the Erdenet branch of the Trans-Mongolian line to Ovoot, where there are extensive coking coal deposits which Aspire Mining has the rights to develop.

In the medium term the line could be extended by a further 215 km west to Arts Suuri and the Russian border. Russia is studying a continuation of the railway to its Ulug Khem coal basin, the existing Kyzyl – Kuragino line and thus the Trans-Siberian corridor. This would generate significant coal and transit freight for the Northern Rail Line, and mean it would not be dependent on the Ovoot coal project for traffic.

Aspire’s Northern Railway subsidiary has been developing plans for the new Mongolian line, commissioning studies from Optimal Project Co and SMEC. Aspire says the timing of the concession agreement award is out of its control, but it ‘encourages other interested parties to participate’ and ‘would welcome participation in a consortium approach’ in building the railway. The cost of the line has been estimated at US$1·3bn, to be financed through a mix of debt and equity with Apsire reducing its stake in Northern Railway as other parties get involved.

Subject to the concession being finalised this year, the construction contractors could be appointed next year, with a view to the first coal being shipped in 2018.