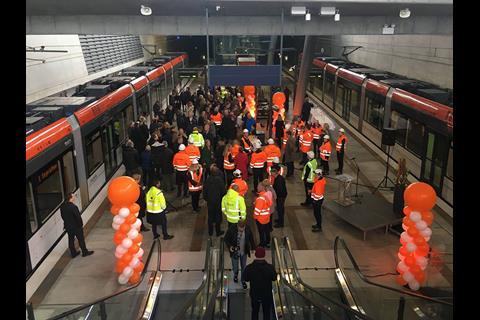 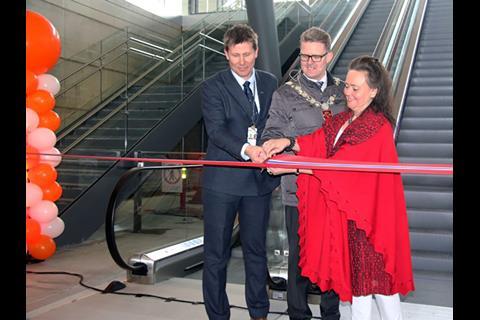 NORWAY: The extension of Bergen’s Bybanen light rail line from Birkelandsskiftet to Kokstadflaten and the airport at Flesland was officially opened with a ceremony on April 21. Passenger services started the following day.

The opening of the latest section of the line completes the 7 km Lagunen – Flesland third phase of the light rail project. This has been built to serve local needs as well as to provide an airport service, and has put another 9 000 homes and 13 000 jobs within 600 m of the line.

The journey from the city to the airport takes around 45 min, and is intended to be affordable and punctual, according to transport authority Skyss. The trams run to the airport’s new terminal, which is scheduled to open on August 17 and is around 4 min walk from the older terminal.