Testing starts on M7 and T5 routes in Istanbul 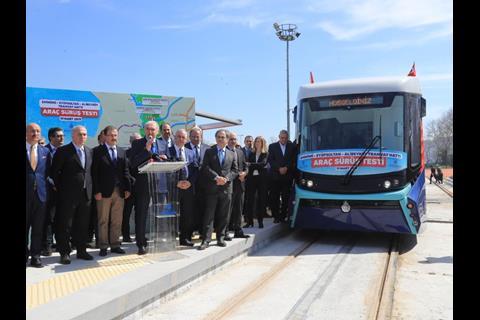 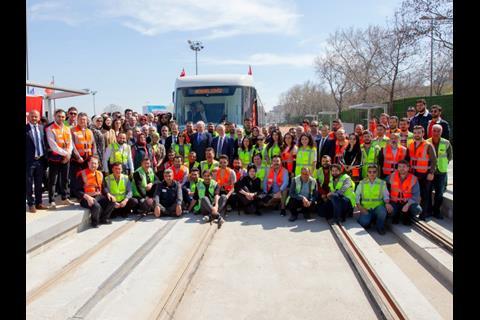 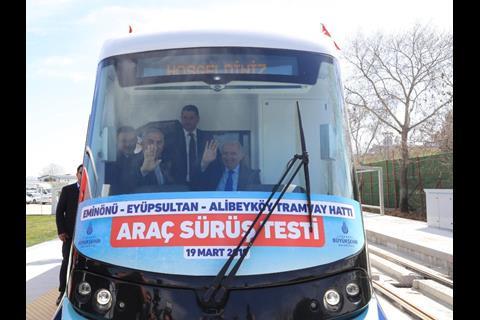 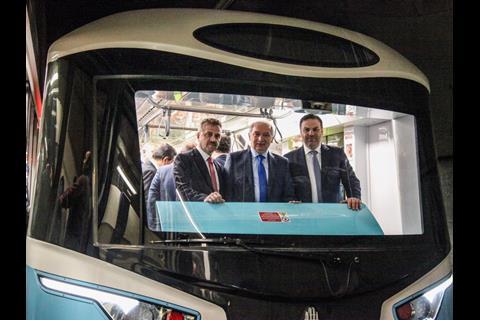 TURKEY: Istanbul Mayor Mevlüt Uysal inaugurated test runs on a driverless metro line and catenary-free tram route on the European side of the city on March 19.

The driverless metro Line M7 has been under construction since 2014. The 24·5 km east-west route from Kabataş to Mahmutbey will serve 19 stations using 75 four-car trainsets supplied by Hyundai Rotem. Bombardier is supplying its Cityflo 650 signalling.

Work on the second phase from Mahmutbey to Esenyurt started in 2017. Hyundai Rotem is supplying an additional 20 trainsets to operate the extended line.

Line M7 will be the city’s second driverless metro line and the first on the European side. Line M5 opened on the Asian side of the city in 2017 and was extended last year.

Uysal also rode on a tram along the future T5 route. Work started in March 2017 on the 14-stop 10 km line along the southern edge of the Golden Horn. Due to open in June 2020, this will connect Eminönü and Alibeyköy Cep Otogari.