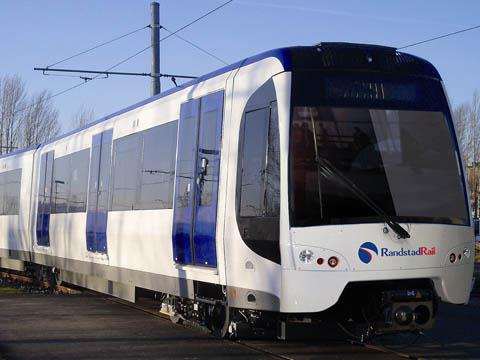 NETHERLANDS: Rotterdam operator RET has started a rebranding programme under which the Caland and Erasmus line names are being dropped.

To be completed by December, the reorganisation is intended to help visitors and occasional travellers to use the metro. It also paves the way for completion of the Blijdorp tunnel link between Rotterdam Centraal station and the RandstadRail line to Den Haag, now expected in mid-2010, and the future extension of metro services from Schiedam over the existing railway to Vlaardingen and Hoek van Holland.

The north-south Erasmus Line between Rotterdam Centraal and De Akkers becomes Line D, and the RandstadRail service from Den Haag will be Line E. When the Blijdorp link opens, Line E services will be extended to Slinge.