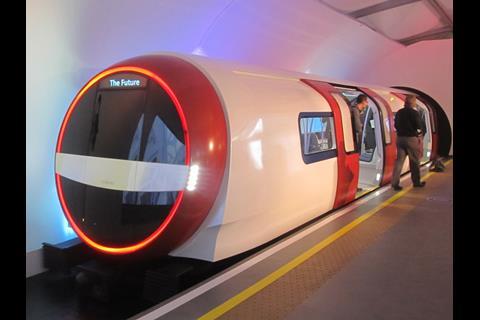 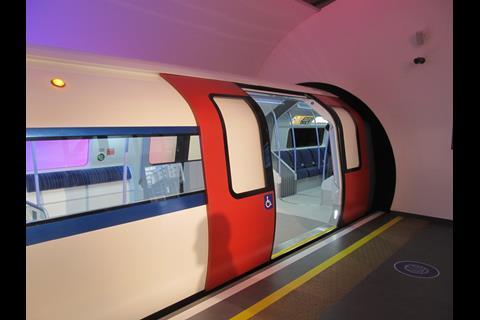 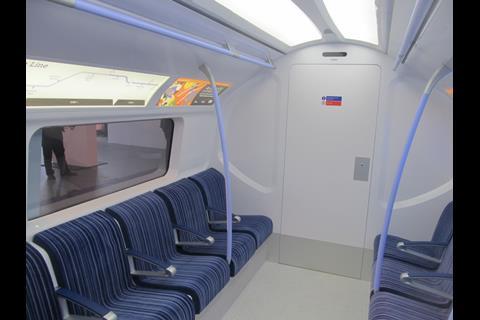 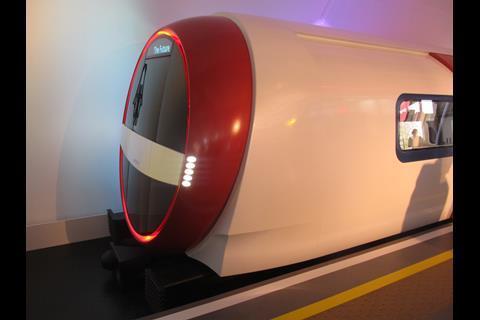 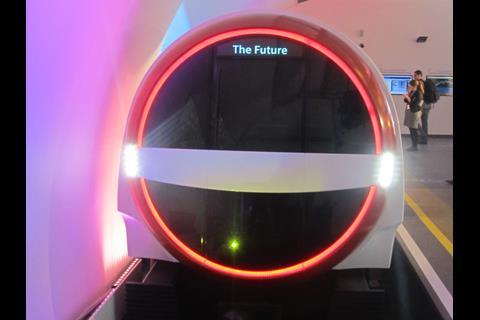 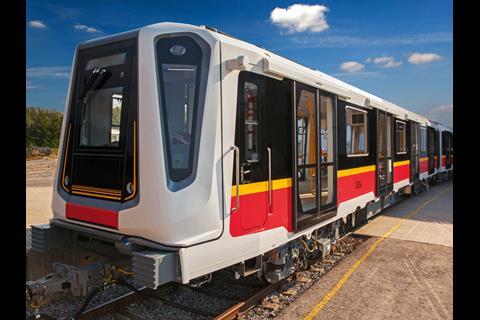 UK: Siemens has unveiled a full-sized mock-up of the train which it intends to offer when Transport for London calls tenders for new fleets for London Underground's small-profile tube lines.

Part of Siemens' Inspiro family, the articulated design for London would feature wide through gangways, air-conditioning and an option for fully-automated operation.

The trains would use the same traction package as the Inspiro rolling stock being delivered to the Warszawa metro, but would feature a smaller-profile body suitable for London. This would include a distinctively styled cab with a front end not dissimilar to the LU roundel logo. Industrial design for the trains has been undertaken by Atlantic Design, while the mock-up was produced by Curvature Group.

Siemens is working with a specialist partner on a novel concept to provide onboard air-conditioning, a major challenge in London because of the tight tunnel profile and the problem of dispersing heat generated by operations. The proposed system features onboard tanks containing a phase-changing polymer which would be cooled below its freezing point when the train was running on surface sections of the network. On underground sections heat transferred from the air-conditioning system would be used to melt the polymer again.

The train would also be designed to produce less heat than existing stock, being 30% more energy-efficient and 20% lighter than 'similar modern metro trains', and able to use regenerative braking to bring the train almost to a stand.

Low-profile LED lighting would be used throughout, helping to maximise headroom. Other proposals include advertising screens able to show changing images and video, and a smart information system which would provide passengers at stations with real-time information on which parts of the next train were least busy.

Graeme Clark, Siemens' Head of Business Development, Rolling Stock, told Railway Gazette International that it would be up to the customer to decide what level of automation would be required. Siemens would be able to supply trains suitable for manual driving, automated operation with a driver in the cab, automated operation with no cab but with a member of staff onboard, or unattended automatic operation.

The wall separating the cab from the passenger area is designed to be removed if conversion to automatic operation were to be requested after the trains entered service, increasing the space available for passengers. The control equipment would be located under a seat, where it could be accessed by on-train staff if required; a similar procedure has been adopted on the Docklands Light Railway, where onboard staff can drive the trains manually if necessary.

Siemens said it anticipates that invitations to tender for LU's Piccadilly Line fleet replacement will be issued next year, with the Bakerloo Line to follow. Longer-term orders for the Central and Waterloo & City lines could take the total requirement to around 2 500 vehicles. While Siemens will not say where the trains would be assembled, the company anticipates that that the customer would require a high level of domestic content.