Solaris and Stadler to bid jointly for tram projects 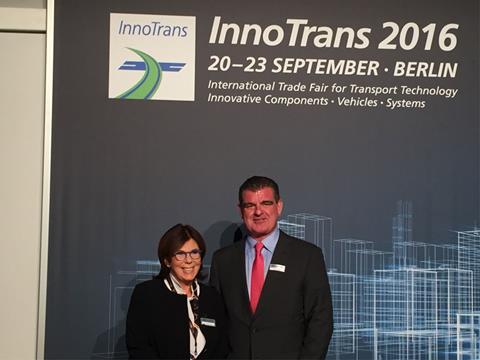 EUROPE: Polish bus and tram manufacturer Solaris and Swiss rolling stock supplier Stadler Rail announced on September 20 that they will be forming consortia to bid in tram and light rail vehicle tenders in Central and Eastern Europe.

The agreement, announced at a press conference at InnoTrans 2016 to mark Solaris' 20th anniversary, deepens co-operation between the two companies going back 10 years. The first joint bid will be made for the supply of trams to Kraków.

• Solaris expects to hand over the first of five trams that it is supplying to Leipzig later this year.