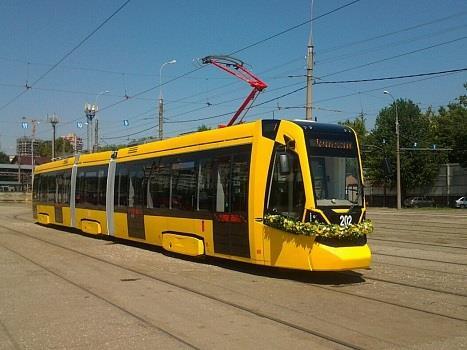 The trams will be 33·5 m long with capacity for 260 passengers, and Stadler will provide maintenance during the five-year warranty period.

The Transportnaya Koncessionnaya Kompanya consortium of Lider Group and LSR Group is developing the fast tram project under a 30-year BOT agreement. Work is due to begin in August and will include the rebuilding of current routes to fast tram standards, construction of a new connector and a new depot. Project completion is envisaged for 2020, but the first six trams are to be put into service in August 2017.