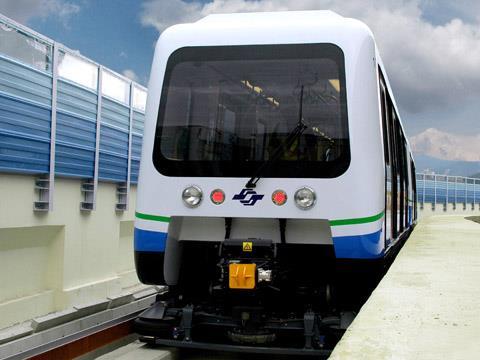 TAIWAN: On June 29 Mayor Hao of Taipei City hosted the official ceremony to mark the inauguration of the Neihu Line, an extension of the existing Muzha Line.

The project involved the design and supply of the 15 km line and a fleet of 202 vehicles, as well as the simultaneous retrofit of the Muzha Line. Ultimately, the new and existing vehicles, operating as married pairs, will run compatibly on both lines.

Under contract to prime contractor Kung Sung Engineering Corp, Bombardier Transportation was responsible for the design and supply of the electrical and mechanical equipment for the 12 station Neihu Line, as well as trackwork design. The E&M supply contract included Cityflo 650 automatic train control, power supply and communications, platform screen doors, equipment for the operations control centre and workshop, and 202 rubber-tyred vehicles.

In order to integrate the two lines Bombardier replaced the existing train control on the Muzha Line with Cityflo 650 ATC, retrofitted new communications equipment in the line’s 12 stations, and equipped a new OCC.

The 25 km route now provides connections to various commercial and residential areas, as well as entertainment facilities such as Taipei Zoo and the new Convention Complex at Nangang Business Park.

Speaking at the inauguration, Mick Franzetta, Vice President, Bombardier Transportation Systems Division, described the Neihu Line extension as 'an essential component of the Department of Rapid Transit Systems’ plan to ensure sustainable and effective transportation for the residents of Taipei City and the surrounding area. We are very proud of our contribution and are confident that the Neihu Line will provide a safe and reliable service to meet the growing demands of urbanisation in the region.'