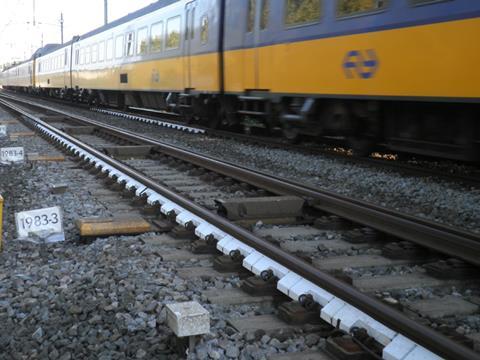 NETHERLANDS: Heatpoint has developed synthetic insulation for use with point heaters which it says offers an average energy saving of 50%, with higher rail temperatures and thus increased turnout availability during freezing weather.

Trials in Amsterdam during February found that when Isoblock insulation was applied the rail temperature was 7°C higher than before, with the same energy consumption.

The manufacturer says the product pays for itself within three years.