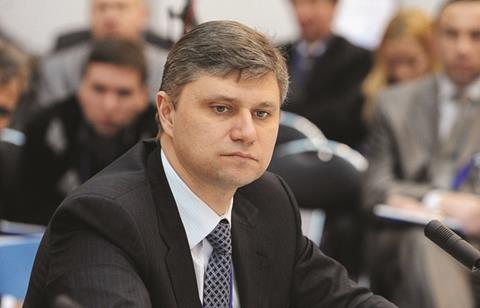 RUSSIA: Russian Railways will have to adopt a more customer-focused strategy and improve the quality of services if it is to increase revenue in 2016, new President Oleg Belozerov warned in mid-December. Discussing the provisional year-end results at the final board meeting of 2015, Belozerov said RZD needed to ‘increase internal efficiency and provide customers with mutually-beneficial conditions’.

According to Belozerov, high speed services ‘with convenient timetables’ saw particularly strong growth. Ridership on some inter-city routes was up by 50%, he reported, attributing the increase to the introduction of new double-deck coaches and the Strizh Talgo trainsets which began operating on the Moscow – Nizhny Novgorod route in June. Following a stand-off over public sector support for suburban passenger services last year, Belozerov reported that reforms in this sector had seen RZD ‘for the first time come close to breaking even financially’ on these operations.

Freight volumes fell by an estimated 1%, although RZD’s market share increased as the economy contracted. It now stands at 45%, having increased by 6% over the past 12 years. Belozerov said a priority for 2016 would be to boost the punctual delivery of loaded wagons to 95% ‘within the standard deadline’. Average freight train velocity is to be improved to at least 375 km per day, while customer service will be improved through the introduction of a one-stop shop.

Despite the economic challenges, RZD invested almost 383bn roubles in 2015, notably on infrastructure projects in eastern Russia and the purchase of more than 500 locomotives. Belozerov pointed out that the railway had also returned 281bn roubles to the government in tax. During 2015, RZD had made savings totalling 28bn roubles through a ‘cost optimisation’ programme. Productivity improved by 4%, helping to offset a 7·7% increase in operating costs, which had enabled the railway to break even. Citing ‘potential for further increases in internal efficiency’, Belozerov said RZD would aim to keep this year’s increase in operating costs to 3·1%.

Rolling stock investment remains a challenge, however, particularly in the freight sector, where the privatised freight companies and wagon leasing groups have been cutting back after a surge of orders over the past six years. Total orders for 2015 were expected to be less than 25 000 vehicles compared with 49 000 in the previous year. Meanwhile, there has been an increase in mid-life refurbishment and life-extension projects, which typically cost 500 000 roubles per wagon against 1·7 million for a new vehicle.

To support the rolling stock manufacturers, the government has decided to extend to two years a scheme offering rebates on the cost of new vehicles and scrappage payments for the replacement of older wagons. There are also suggestions that President Putin may push forward measures to prohibit any second refurbishment of existing vehicles.