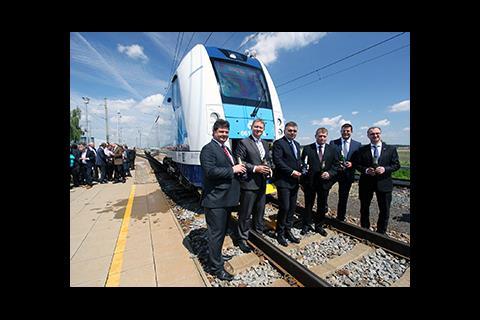 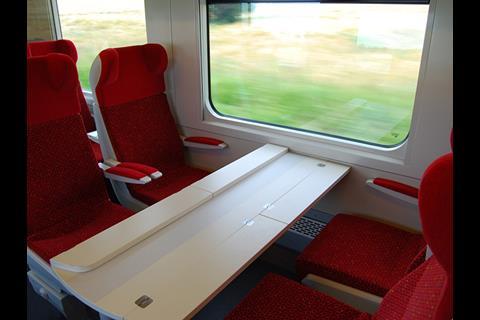 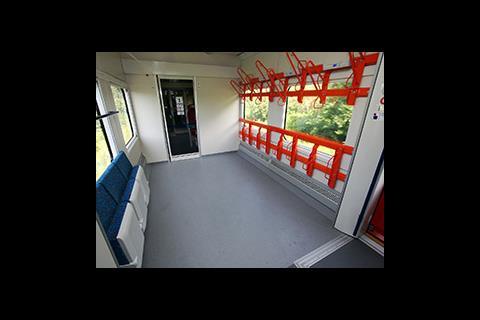 CZECH REPUBLIC: Rolling stock manufacturer Škoda Transportation and national operator ČD unveiled the first of 14 long-distance EMUs at the Velim test circuit on June 25. ČD had ordered the fleet in August 2014 at a cost of KC2·6bn.

Branded ‘InterPanter’ following a public competition organised by ČD and Škoda which attracted more than 5 000 responses, the dual-system aluminium-bodied EMU shares basic dimensions and key components with the RegioPanter EMU that Škoda has been supplying to ČD since November 2011. The operator has ordered 10 five-car sets and four three-car variants capable of operating from 25 kV 50 Hz and 3 kV DC power supplies at up to 160 km/h.

Passenger amenities include a PRM TSI-compliant accessible interior, air-conditioning, power sockets and wi-fi. The trains also feature compartments designed to suit families travelling with children and an electronic seat reservation system. To reflect the needs of the inter-city market, the trains have only a single wide double-leaf door per side, rather than two on the RegioPanter fleet.

‘Customers expect fast and comfortable travel’, said Pavel Krtek, Chairman & General Manager of ČD. ‘Trains must be wheelchair accessible and air-conditioned. Passengers want to be able to recharge their laptop or other electronics during the journey, they want to be connected to the internet. We are now also going to offer this to passengers on another two express lines, where the InterPanter units will be used.’