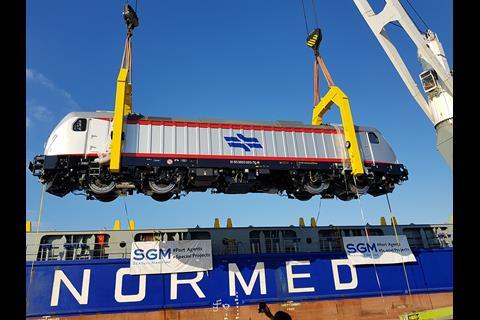 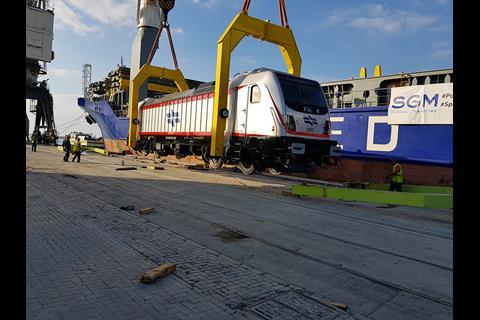 ISRAEL: The first of 62 Traxx AC electric locomotives which Bombardier Transportation is building at Kassel in Germany for Israel Railways arrived at Kishon Port in Haifa on August 28, and was then transported by rail to ISR’s Kishon workshops.

ISR currently has no electrified lines, but 25 kV 50 Hz overhead is being installed on several routes. A section of the A1 fast line to Jerusalem near the Latrun monastery is due to be used for testing and commissioning purposes.

ISR called tenders in July 2014 for the supply of between 62 and 78 locomotives as part of its electrification programme. The specification required the locomotives to be able to operate in push-pull mode with up to eight double-deck or 12 single-deck coaches at a maximum speed of 160 km/h.

Alstom, Bombardier, CAF, CNR, CSR, Hyundai Rotem, Siemens and Škoda Transportation submitted expressions of interest. Four bids were received, and Bombardier and Alstom were selected for final negotiations. In August 2015 Bombardier was chosen to supply 62 locomotives worth 1bn shekels from its Kassel plant, with an option for 32 more.