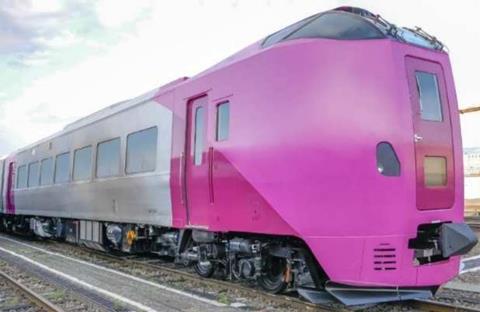 JAPAN: The first of two Series 261-5000 DMUs being built for JR Hokkaido by Kawasaki Heavy Industries was unveiled on September 20, ahead of a public launch in Sapporo on September 26.

Being built at a cost of around ¥4bn, the two five-car DMUs will be used on regular Limited Express services radiating from Sapporo, but will also be deployed on luxury tourist services in Japan’s northern island.

Technically similar to the earlier 261-1000 series, the DMUs have all axles motored. They are envisaged as replacements for the operator’s ageing KiHa 183 Crystal Express and North Rainbow Express DMUs dating from 1989 and 1992 respectively. 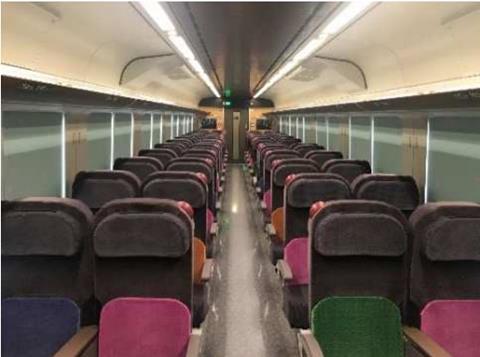 Each can accommodate around 200 passengers, with two wheelchair spaces and two large luggage storage areas. A multi-purpose compartment accessed by a sliding door has two seats and a table, aimed at private business meetings. One end car has a shop area with counter. Interior fittings include built-in side tables at each seat, power sockets and USB ports in the armrests, together with onboard wi-fi.

Completed in July, the first unit is scheduled to enter service on October 17, the 140th anniversary of the inauguration of the first commercial railway on Hokkaido. The trainset has been named ‘Hamanasu’ after the pink rosa rugosa flower which proliferates in Hokkaido. The second, which is expected to enter service from April 2021, will be named ‘Lavender’ after the vast lavender fields in the Furano district north of Sapporo. 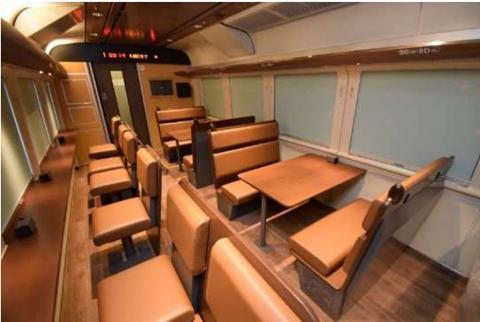 ‘Hamanasu’ is due to be launched with a special excursion from the port of Otaru to Muroran via Sapporo, Iwamizawa and Oiwake, before returning to Sapporo. Train capacity will be limited to around 50%, to ensure safe social distancing.

After a second trip with the reverse itinerary on October 18, it will be deployed on Saturday and Sunday Limited Express services from Sapporo to Wakkanai and Hakodate during November and December.

JR Hokkaido is keen to tap the lucrative tourist market as its regular revenues are declining as a result of depopulation. An on-line survey by the Development Bank of Japan and Japan Travel Bureau Foundation during mid-2020 found that 46% of respondents were keen on visiting Japan once travel restrictions were lifted, with Hokkaido ranking as the second most popular potential destination after Tokyo, at 42% to 47%. 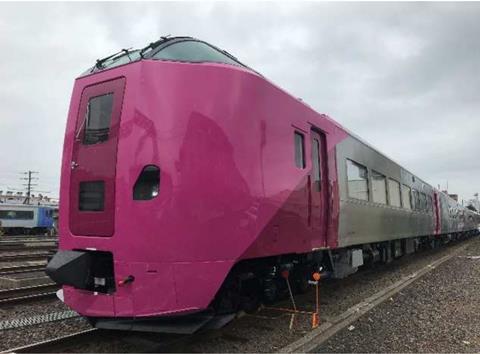 In 2019 the northernmost JR Group operator reported total revenues of ¥ 67·7bn against total costs of ¥139·7bn, taking the company’s operating deficit since the break-up of JNR to ¥682·2bn. Its 2 252 km network of 1 067 mm gauge lines generated revenues of ¥42·1bn against expenses of ¥44·4bn, giving an operating ratio of 105. The 148·8 km Hokkaido Shinkansen linking Shin-Hakodate-Hokuto to Shin-Aomori earned fare revenue of just ¥9·2bn with an operating ratio of 202. This was partially offset by reasonable profits from JR Hokkaido’s other business interests, such as shopping complexes and hotels.

Depopulation has hit JR Hokkaido hard. The island’s population fell from 5·7 million in 1995 to 5·3 million in 2018, and has continued to fall, with only 13 of the largest 179 municipalities reporting a population increase since 1995. Much of the decline has been seen in rural areas, raising concerns over the future of rural and interurban public transport services.