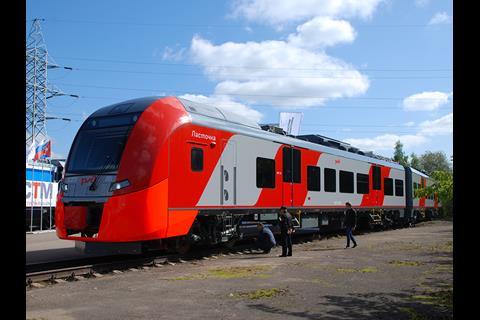 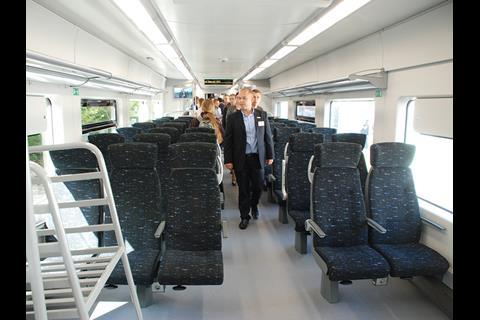 Russian Railways had previously used the Lastochka Premium brand to refer to some faster services operated using standard Desiro RUS EMUs, but the Type ES2GP Lastochka Premium which was completed last year is a modified design intended to be better suited to longer routes of up to 200 km. The air-conditioned EMU has economy, tourist and business class accommodation with more comfortable seats than the local variant, as well as power sockets, wi-fi and a passenger information system. There is a food preparation area in an end coach, and a compartment for train crew. Supporting the policy of localising manufacturing, the Lastochka Premium has 90% Russian-produced content.

According to RZD Passenger director Dmitry Pegov, there are now 128 Lastochka EMUs are in revenue operation in Russia. In June RZD and Ural Locomotives agreed to develop a Type EM variant for inter-city routes with journey times of around 4 h.