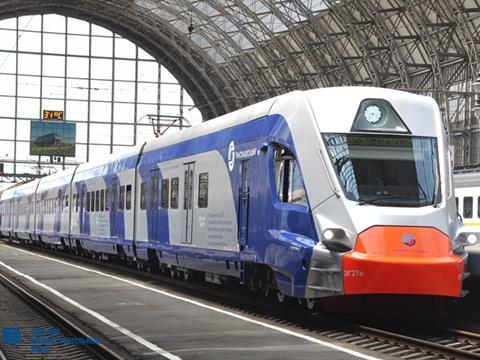 Central PPK was previously selected to operate services on the RER-style network which is being developed to link existing radial rail routes into Moscow.

The Transmashholding subsidiary is to supply 23 five-car EG2Tv Ivolga electric multiple-units. Central PPK started operating two such EMUs in April on the its Moscow – Novoperedelkino route.

The first trainset is due to arrive in the third quarter of 2018. The rest are due to be delivered in time for the start of revenue service of the 50 km MCD1 between Lobnya and Odintsovo, expected in early 2019.