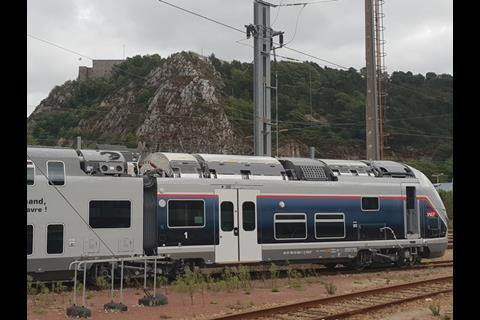 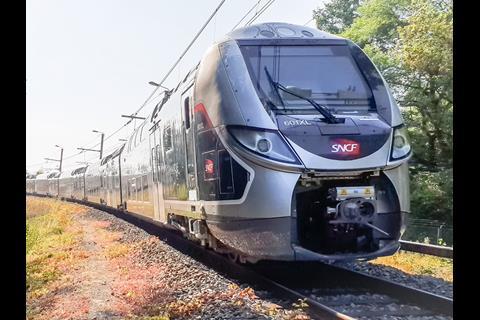 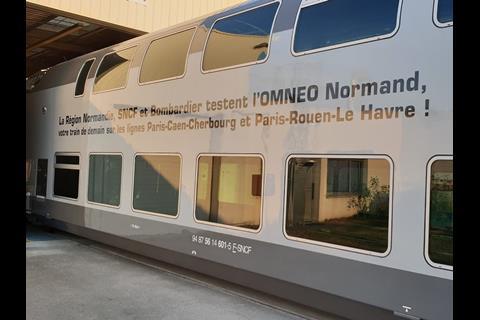 SNCF placed a €585m order for 40 Omneo Premium electric multiple-units in November 2016, acting on behalf of the Normandie region as part of an agreement to transfer responsibility for Trains d’Equilibre du Territoire conventional long-distance services from central government from 2020.

The EMUs are scheduled to enter service on the Paris – Rouen – Le Havre and Paris – Caen – Cherbourg routes from the end of 2019.

The Omneo Premium has a maximum speed of 200 km/h, with wider seats than the regional variant which is known as Regio2N by SNCF. The Omnio Premium units for Normandie will be 135 m long with 470 seats, providing a 20% increase in capacity, and they will be equipped with passenger wi-fi as well as USB and standard power points.

Three trainsets will be used to obtain type approval. The first left Bombardier Trasportation’s Crespin factory in late August for dynamic tests between Caen and Cherbourg which are scheduled to continue until November. The trials will include braking tests while empty, partly loaded and fully loaded, with a soapy substance applied to the rail to simulate conditions with degraded adhesion.

A second train will go to the Velim test circuit in the Czech Republic, while the third set will be used to test onboard systems and multiple operation.