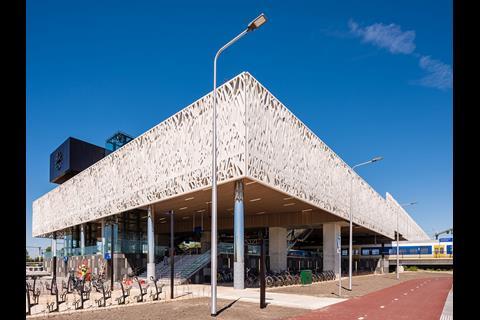 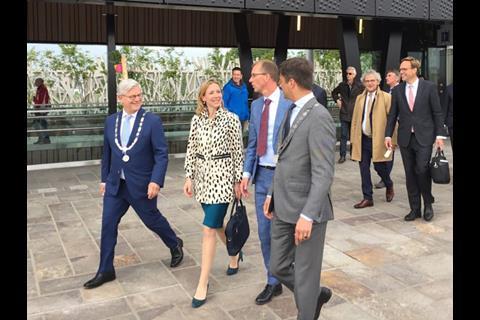 NETHERLANDS: The Lansingerland-Zoetermeer interchange which brings together RandstadRail light rail, NS rail and bus services, a park-and-ride site and cycling facilities at a site to the east of Den Haag and north of Rotterdam has been officially inaugurated by State Secretary for Infrastructure & Water Management Stientje Van Veldhoven and the Mayors of Lansingerland and Zoetermeer.

NS Sprinter services on the Den Haag – Gouda line began calling at the newly-completed Lansingerland-Zoetermeer station in December, and the inauguration ceremony on May 17 was held two days before the start of services on a 2 km, two-stop extension of RandstadRail Route 4 from Javalaan via Van Tuyllpark.

Mayor of Lansingerland Pieter van de Stadt said the opening should not been seen as the final stage of the development, but as a step towards developing a network of high-quality public transport in the area.

The station has been designed with provision for RandstadRail to be extended south to Rotterdam, and for the railway to be increased from two to four tracks.

Alderman Marc Rosier of Zoetermeer said usage of the NS station was already higher than expected, with almost 1 000 passengers boarding or alighting each day. This is expected to reach 2 500 passengers/day with the opening of the light rail line.