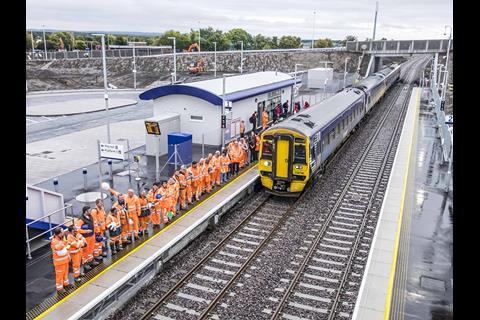 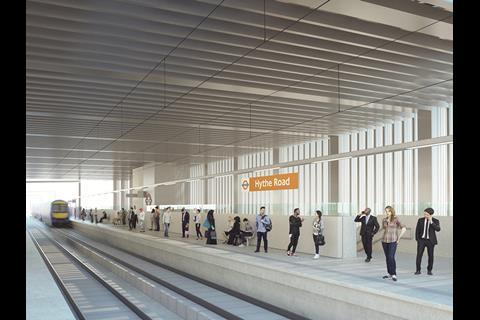 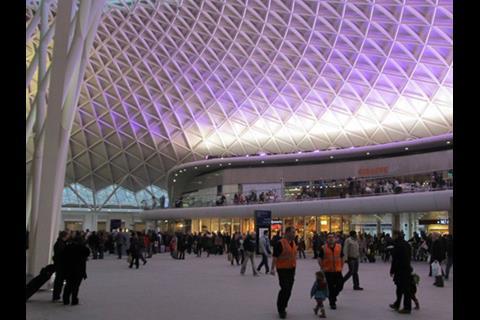 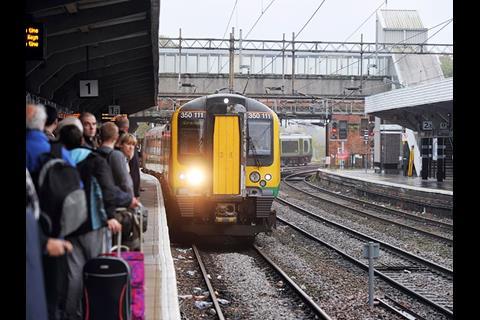 ScotRail services began calling at the relocated Forres station between Inverness and Elgin on October 17. The replacement station was built by BAM Nuttall; AFM Electrical Ltd acted as subcontractor to Kelly Rail for electrical works.

Network Rail has begun market engagement for the planned award of an exclusive concession covering the management of approximately 234 ATMs at its 18 managed stations and its offices. The contract would run for five years from the end of existing agreements on May 31 2018.

Transport for London has begun a five-week public consultation on plans to build London Overground stations at Hythe Road and Old Oak Common Lane. Plans for the stations have been developed to Network Rail’s GRIP stage 3 by Arcadis Consulting and Fereday Pollard Architects, supported by co-financing from the European Union’s Connecting Europe Facility.

The Railway Heritage Trust funded 51 grants using Network Rail’s sponsorship in 2016-17, plus two with Highways England (Historical Railways Estate) sponsorship, and nine from the Maber legacy, making a total of 62 grants, a slight increase on 2015-16. The grants were worth £2·01m in total, and drew in £3·54m of external funding.

An industry Demo Day at London Midland’s innovation lab in Birmingham’s ICentrum building on October 18 highlighted the accelerator programme designed to help new-tech companies develop and showcase their ideas across the rail industry. Six companies from the first 12-week programme held earlier in the year are now working with London Midland, and there were more than 100 applicants for 10 places on the second, which includes coaching and advice across a range of business disciplines including finance, marketing and communications. The start-ups also have access to London Midland’s data.

Essex Police has announced what it believes is the first prosecution for drone use on the rail network, following an incident on August 12 when a drone was flown close to a steam-hauled charter train and within 50 m of other people and property. A 28-year-old man was reported for breaching the Air Navigation Order 2016 and was dealt with by means of an agreement contract with Essex Police and given a community resolution. 'Only our team of highly-trained authorised pilots and specialist approved contractors are permitted to fly drones near the railway’, said Wendy Welsh, head of air operations at Network Rail. 'It’s just too dangerous for anyone else to fly a drone near the railway and you could face a penalty of up to £2 500.'