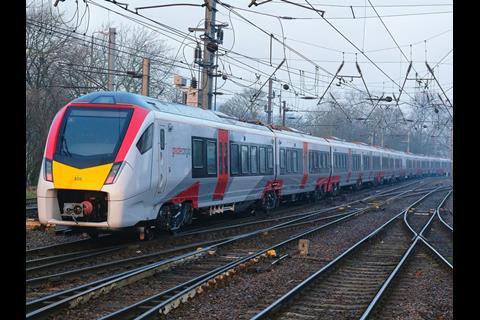 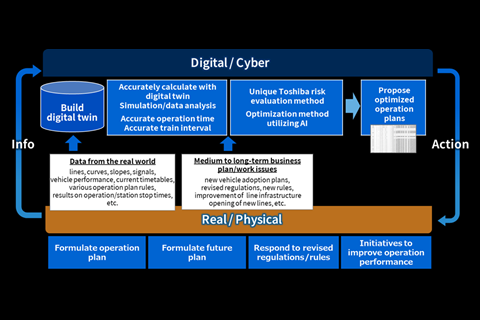 UK: Greater Anglia has worked with Toshiba to create a ‘digital twin’ of its network to assist with the development of new timetables, which can then be tested for robustness using artificial intelligence.

A computer model which accurately represents the real operating environment was then created, enabling adjustments to be made to calling patterns, train timings and platform allocations in order to make the timetable more efficient and robust.

Greater Anglia’s Head of Performance & Planning Keith Palmer said working with Toshiba’s digital twin was ‘really exciting’. It would ‘enable us to build better timetables, delivering better performance and reduced journey times based on the excellent practices used in Japan and beyond’, he believed.

Toshiba said the UK’s vertical separation with multiple operators made train planning extremely complex, but the industry was keen to avoid a repeat of the chaotic introduction of the May 2018 timetable.