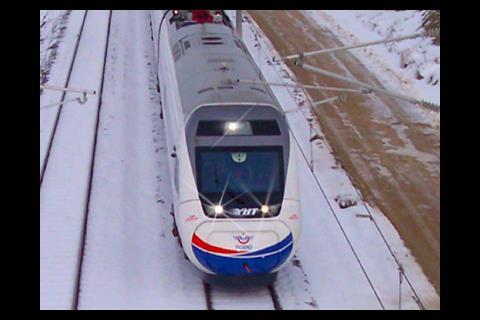 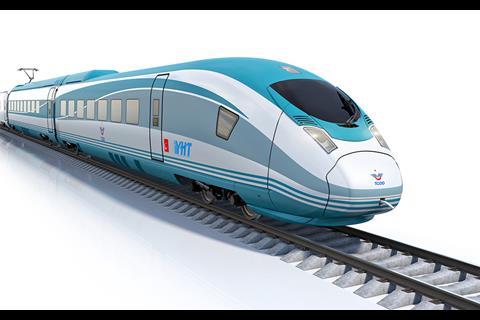 TURKEY: A series of vandalism incidents has delayed the opening of the next section of the 570 km Istanbul – Ankara high speed corridor, the Transport Ministry confirmed in a statement on May 26.

Opening of the next section of the line was expected in the first quarter of 2014, covering 188 km of new alignment between Eskişehir and Köseköy plus a further 56 km of upgraded conventional line from there to Gebze at the eastern edge of the Istanbul conurbation.

But the ministry reports that 200 sections of signalling and communications cabling have been cut or stolen, and 70 track circuits damaged, at 60 locations. ‘The rupture of cables and track circuits has directly affected certification processes. Therefore the inauguration of the line has been moved to June to avoid any malfunctions’, the statement said, noting that the cable damage ‘has gone beyond simply stealing and has become systematic sabotage’.

National operator TCDD hopes to offer a journey time of around 3 h between Ankara and Istanbul, although this is dependent on upgrading of the suburban corridor between Gebze and Haydarpaşa under the Marmaray programme. Here too, complexities relating to resignalling with CBTC with ETCS Level 1 overlay and triple-tracking on a confined alignment have led to delays, with lead contractor OHL confirming on May 27 that the surface sections between Gebze and Halkalı will not now reopen until June 2016, a year later than planned.