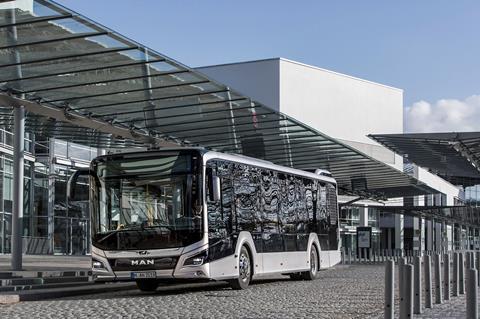 Ordered under a €37·7m fleet renewal contract signed in 2019, the vehicles will operate on most routes. All were delivered between December 2019 and March of this year, bringing Barcelona’s ‘modern’ bus fleet to 184.

The 79 12 m long rigid buses – 30 of which are diesel/electric hybrids – and the 26 18 m long articulated ones are equipped with cameras and sensors that warn drivers of impending collisions.

The sensors also collect data about the buses’ routes, and according to TMB this information will be used to identify safety hotspots as part of its ‘Autonomous Ready Spain’ programme, which seeks to reduce traffic accidents due to human error.