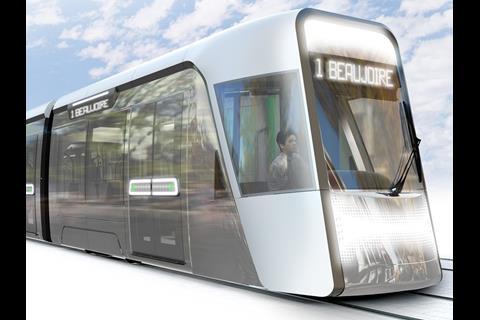 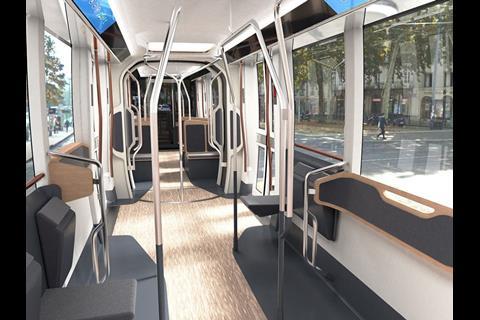 FRANCE: Consultancy RCP Design Global has unveiled its proposed design for the next generation of trams to be deployed in Nantes, where a fleet renewal programme is envisaged.

RCP has been brought in to work with municipal operator Semitan to develop an outline internal and external design for the new trams before tenders are called to procure them. This reflects the approach adopted in Tours, where RCP is based and where a 15 km tramway opened in 2013. RCP has also worked with Nantes municipality to develop a set of design principles for the city’s tram stops.

‘We have thought about how to design a tram that reflects the local countryside both real and imagined, and one that will enable the people of Nantes to live together better in their city’, says Régine Charvet-Pello, founder and Managing Director of RCP Design Global.

‘The design evokes a concept of the “breathing journey” that reflects the vegetation of the city as well as its location on the Loire river. It will both encourage residents to embrace the nature in and around their city while also enabling them to travel in safety.’