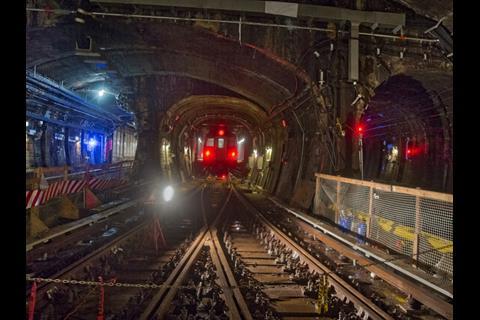 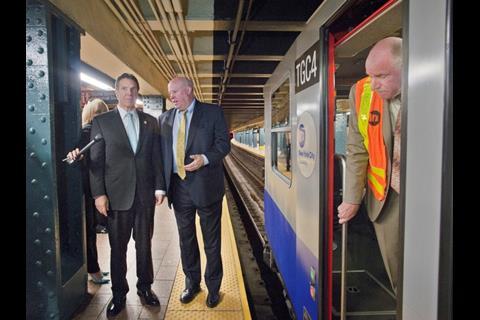 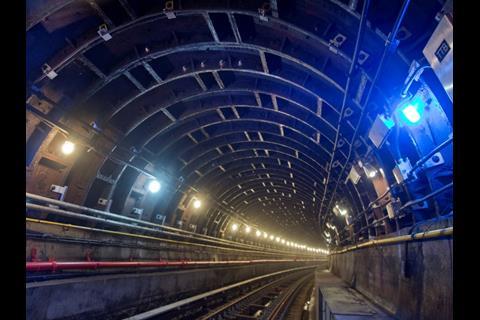 The $250m renewal project was funded by the Federal Transit Administration. Work began on August 3 2013, with the R Line running shuttle services in both Manhattan and Brooklyn to avoid the tunnels.

An estimated 123 million litres of water poured into a 1·2 km section of the twin-bore tunnel during Sandy in late 2012. The reconstruction involved removal of damaged equipment, including the demolition of concrete and duct banks that had collapsed. In total, 9 km of concrete and duct banks, 23 km of power cable and 60 km of communications cable were replaced. New track was laid with resilient rail fastenings.

A number of safety measures have also been implemented, including relocating some affected equipment to higher levels. Three pumps have been fitted, capable of removing more than 8 600 litres/min.

‘This tunnel is safer, stronger and more resilient than ever before, and everything on this section of the R train is new — new rails, new signals, new pumps and new power supplies’, said New York Governor Andrew Cuomo. ‘We’ve made it a top priority to reimagine our state to withstand the new reality of extreme weather, and today is another example of how that approach is making this a safer state for all.’